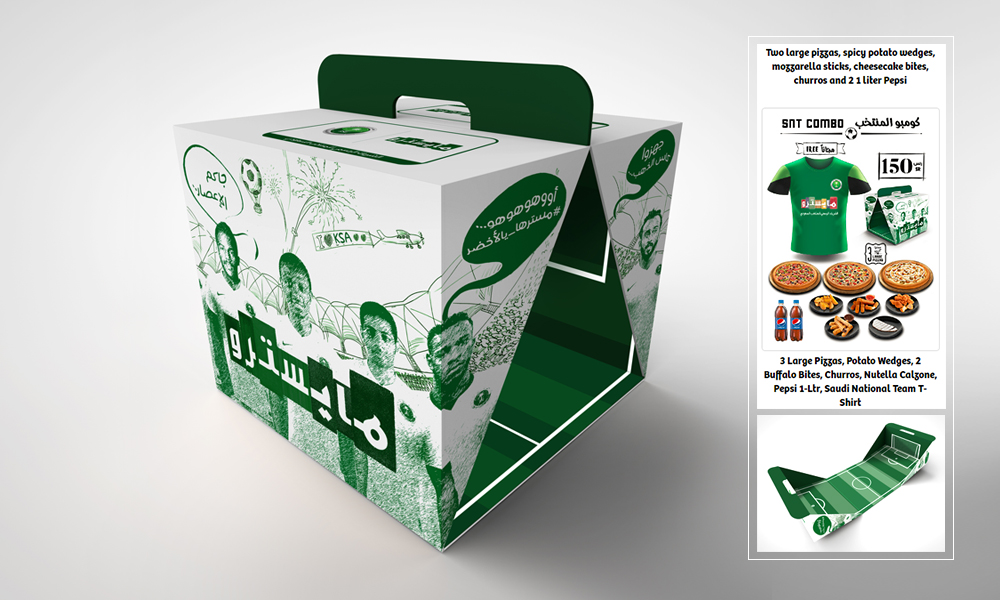 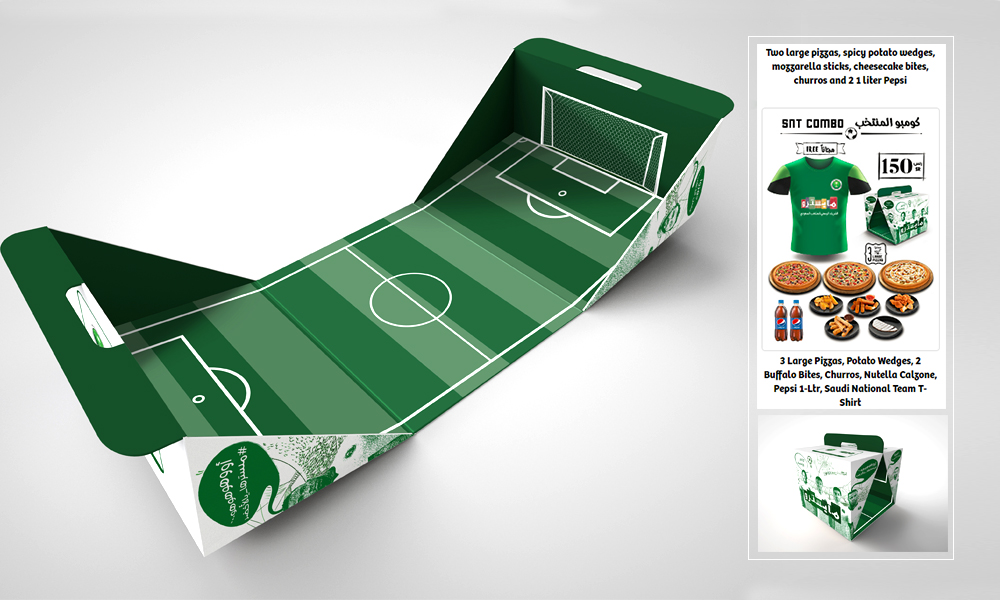 EASTERNPAK prides itself on listening to the needs of its customers and working with them to create bespoke corrugated packaging solutions. We were delighted to be asked by Daily Food Company – the leading quick serve restaurant chain in Saudi Arabia – to improve Maestro Pizza’s promotional combo solution for their sponsorship of the Saudi Arabia national football team, which took part in the World Cup qualifiers in early September 2017.

The marketing team at Daily Food Company approached EASTERNPAK to enhance the design and the structure and to manufacture Maestro pizza combo box that would not only be practical for Saudi Arabia supporters who wanted to order multiple pizzas and sides during the qualifying matches, but that would also be visually effective and engaging for football fans, highlighting Maestro Pizza’s role as official sponsor.

We understood Daily Food Company’s needs fully, and used our expertise in combo packaging for the food and beverages industry to create an exciting new design. We developed a strong, foldable combo box that would hold three pizza boxes and four side boxes. The idea is that the sides of the carrier are brought up around the food boxes to keep them secure, before being locked in place with an integrated handle. The box is 100% recyclable and food-safe.

The combo box was printed on both sides with an original high-quality design. The outer box was printed in the Saudi Arabia national team’s colors (green and white) and featured fun, creative football-related illustrations, including images of the players. When opened out, the box became a football pitch, meaning that consumers could play a game of finger football with their drink lids. The two raised ends of the opened-out box were printed with goals – perfectly designed for playing – while the length of the box featured pitch markings.

If you would like to find out more about our bespoke, innovative solutions for the takeaway industry, or any other sector in the Middle East, please contact us at EASTERNPAK today.

EASTERNPAK is a NAPCO company, a sister company to INDEVCO Group.